Report | Standing Strong with Immigrants Against the Trump Administration's Attacks

As the Trump administration ratcheted up attacks on immigrants — including direct threats on the city of Chicago — providing free access to immigration legal services for low-income Chicagoans has become more urgent than ever. People served under the Legal Protection Fund in 2019 included immigrants attempting to get their green cards in the midst of constant sweeping policy changes, asylum seekers who had recently arrived in the city after fleeing violence or persecution in their home countries, and people who had lived here for decades and sought to exercise their due process rights as they faced deportation. Access to legal representation was critical for people to continue to build lives and communities in our city.

In the first nine months of 2019, through the Fund, the National Immigrant Justice Center (NIJC) conducted more than 1,000 legal screenings. NIJC provided representation in 2,503 cases, including 525 new cases opened in 2019. NIJC, The Resurrection Project (TRP), and eight Community Navigator organizations presented more than 623 Know Your Rights sessions to more than 20,411 people.

In the nearly 3 years since the Fund began, NIJC has conducted over 5,000 legal screenings, in every ward in the city. 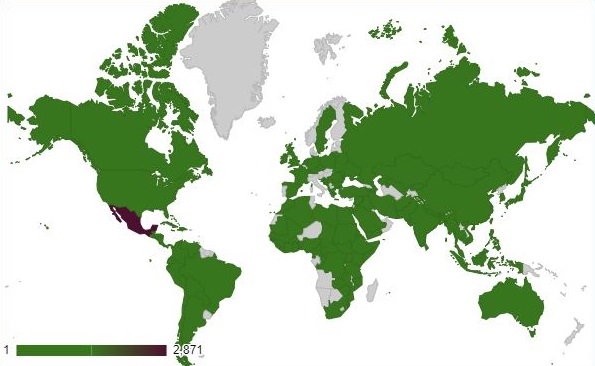 In June, President Trump threatened mass deportation raids in Chicago and cities across the country. The threatened arrests were first postponed and then failed to materialize all together. But they did fuel fear in Chicago’s immigrant communities that hurt local businesses and could cause long-term consequences for children’s mental health. Nonetheless, communities jumped into action, aided by the Fund’s partner organizations. Even in the absence of large-scale raids, Chicago families experienced a noticeable increase in ICE enforcement actions throughout the year.

Englewood: In May, Paula, a DACA recipient who had been in the U.S. since she was a child, was pulled over and arrested by ICE agents as she was driving her daughter to school. ICE asked her who could take care of her 5-year-old, and when Paula said her parents would be able to, ICE drove her car to their house, and then proceeded to arrest and deport Paula’s parents and another relative. NIJC joined with community groups to raise awareness of family separation ocurring to long-time community members like Paula and her family. After her parents’ deportation, NIJC represented Paula in her approved DACA renewal, which ensured she could stay with her daughter.

East Side and Back of the Yards: In one week in September, ICE officers arrested 7 Chicagoans, including a mother of 6 who was detained during a raid of a East Side pizzeria. With backing from the Fund, NIJC offered legal consultations to all of the individuals impacted by these enforcement operations, and secured release from detention for all these individuals while their cases are pending.

Even though immigrants with lawyers are 5 times more likely to win their cases than those without, the U.S. government does not offer appointed counsel to people facing deportation. In recent years especially, U.S. Citizenship and Immigration Services (USCIS) has subjected applicants to much higher levels of scrutiny, and denied applications for trivial reasons. Legal counsel provided through the Fund helps families fight back against arbitrary decision-making by the federal government.

Logan Square: Francisco* was referred to the Fund by Chicago’s Office for Victims of Crimes after he was the victim of a drive-by shooting. He was eligible for a U visa, which provides a path to citizenship for immigrant victims of crime who are willing to assist in investigation and/or prosecution. However, in order to apply for this protection he needed to submit records where he was wrongly accused of being a gang member. NIJC lawyers were able to help Francisco explain to USCIS that the report was inadmissible and should not be included in the agency’s consideration of his application. Now a lawful permanent resident, Francisco is looking for a job that will allow him to go to college. “I know so many people that are in similar positions [as I was]. It takes years for some of them, and so much money which leaves them in a tough place. [The Fund] just means everything.”

Belmont Cragin: Angelo* arrived in the United States from the Philippines with a work visa in 2004. He fell in love and got married, and his wife helped him apply for conditional permanent residence. When the marriage ended, USCIS denied Angelo’s petition to remove the conditions on his residency and placed him in deportation proceedings. Angelo hired a private attorney for proceedings, but for reasons unclear to Angelo, his case was closed and he was left in limbo in the United States without any immigration status.  A few years later, Angelo remarried and started a family — today, they have 3 U.S. citizen children. Fearing separation from his family but unable to afford a lawyer, Angelo and his wife applied for his green card again, without a lawyer, and his application was closed because he filed it with DHS instead of the Immigration Court.  That’s when NIJC lawyers got involved. They were able to recalendar his case and represent him in court. Angelo now has his green card, and can focus on his family’s future together in the United States.

The Fund enables Chicagoans to stand up for one another, and make Chicago a better place. Clients are regularly referred to the Fund’s services by Chicago Public Schools, the Chicago Police Department, and other community-based organizations.

Brighton Park: Ana Mayra was a volunteer with South West Organizing Project (SWOP), where she helped recruit parents to be classroom helpers in local schools. SWOP, a Community Navigator organization for the Fund, referred many of the parents Ana Mayra worked with to NIJC for help with immigration questions. After seeing several families receive good legal help, Ana Mayra overcame her fear of a bad lawyer ruining her case, and came to NIJC for assistance to petition for her green card. She is now a lawful permanent resident. “Organizations like NIJC and the Legal Protection Fund really do transform lives,” Ana Mayra said. “I can say that they transformed mine — I was able to see my mother after 28 years, and that was a huge positive impact in my life.” Not only was Ana Mayra able to travel abroad to see her mother, but now she has a full-time job with SWOP, where she continues to work with parents and schools, and refers clients to NIJC.

Even as record numbers of people were being forcibly displaced worldwide, the Trump administration rapidly escalated its efforts to block asylum protections in the United States. Yet Chicago continued to welcome people from all regions the of the world seeking safety from persecution. In 2019, Chicago Mayor Lori Lightfoot expanded the Fund, allowing NIJC to hire a dedicated lawyer to provide consultation and representation for asylum seekers in Chicago.

Grand Boulevard: Paul* is a doctor, and in Cameroon he worked as the only physician at a rural hospital in the Anglophone region of the country.  Paul began treating wounded fighters from both sides of the Anglophone-Francophone conflict, and subsequently received threats from both the Francophone militia and the Anglophone guerrillas to stop treating patients from the other side. Fearing for his life, Paul fled to the United States seeking asylum. Paul received a scholarship from the Obama Foundation that allowed him to study at the University of Chicago. After arriving, he connected with the United African Organization, which referred him to NIJC for assistance with his asylum case.  NIJC subsequently identified a pro bono attorney to represent Paul in his asylum case. His case is still pending.