We Must Fight for the Dreams of These Immigrant Youth Too

This week, thousands of immigrant youth across the United States are filing the first applications for deferred action under President Obama’s initiative to stop the deportation of certain youth. While this is a wonderful opportunity for the many youth who meet the program’s eligibility requirements, we must not forget the youth who will remain entangled in our country’s broken immigration system. 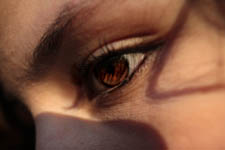 A while ago I accompanied a young client to his citizenship oath ceremony. While we were waiting to go into the appointment I paged through his file. The very bottom page in the file was the intake worksheet I had filled out for him when I first met him at the detention center, about nine months earlier. On the back of the worksheet I had written US CITIZEN in three inch letters. Although he was born abroad and had a green card, it was immediately apparent to me that he had become a citizen when his father naturalized through a process called derivation. He had originally come into U.S. Immigration and Customs Enforcement custody because of a criminal conviction that he’d gotten when he was 19 years old.

He and I spent quite a bit of time waiting before the naturalization ceremony, and I had the opportunity to chat with him about his life since being released from detention. He was working full time—overtime, in fact—in a butcher shop, making plans to go back to school, and spending a lot of time with his family, including his young daughter who was born while he was in custody. He was doing really well.

Hearing my client’s story made a big impact on me because it was so similar to, and yet ended so differently from, the stories of a great many of the young people I talk to in detention. He is like many other young men and women who make mistakes at a young age. They are still full of potential, and most of them go on to lead productive lives.  Hearing my client’s story reminded me that rehabilitation is not only possible but probable. Given the opportunity, they could all be working overtime and providing a good example to their children.

What made my client’s story so different was that he managed to find a lawyer while he was detained and as a result discovered he was a U.S. citizen—virtually the only thing that could have saved him from deportation. Unfortunately, due to unforgiving laws governing the immigration consequences of criminal convictions, the majority of young non-citizens with even minor criminal convictions do not have access to any relief from deportation. Regardless of the amount of time they’ve been in the United States; regardless of their remorse and commitment to change; regardless of the strength of their family, community, and cultural ties, they are subjected to summary deportation with no chance of discretion. They become part of a growing diaspora, struggling to survive in countries they barely remember, and usually without any hope of legally returning to the United States.

It breaks my heart to have to explain to these young men and women that there is no second chance for them, and that their new reality is going to be exile from all that they know and love. I hear the shock and disbelief in their voices and see it in their faces as they try to grasp what it is going to mean for them. I think of myself at 19 and how unimaginable it would have been to be forced to begin a new life in a strange land with no one to support me. I am reminded time and again that this system that eliminates discretion in so many cases is not logical and is not just.

These young people are members of our families and our communities, and still have great potential despite their mistakes. We must continue to work for permanent and lasting reform of our overly harsh immigration laws so that success stories like that of my client are no longer the exception but the rule.

Elizabeth Kalmbach is the detention and due process coordinator for Heartland Alliance’s National Immigrant Justice Center, where she organizes Know Your Rights visits and provides legal consultations to immigrants detained at six county jails in Illinois, Wisconsin, and Kentucky.