The U.S. used to be a leader in protecting the world’s most vulnerable – that’s no longer true

On November 19, 2019, the House Committee on Homeland Security held a hearing on the cruel and abusive policy dubbed the Migration Protection Protocols (MPP) — better and more appropriately known as “Remain in Mexico.”  Since it became operational in January 2019, the program has returned an estimated 50,000 vulnerable asylum seekers to Mexico to await their immigration court proceedings. In Mexico, asylum seekers face serious abuses while seeking shelter in Mexico. 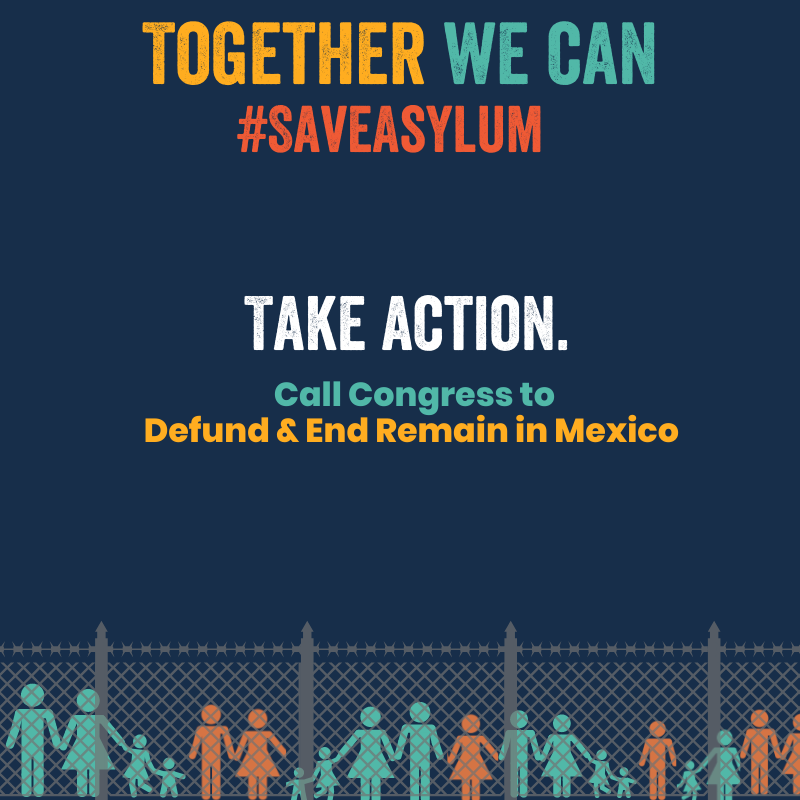 Asylum seekers who are going through the Remain in Mexico program are trapped in legal limbo, plagued with uncertainty, desperation, and living in fear of what will happen to them in Mexico. They suffer kidnappings, sexual violence, extortion, disappearance and murder. NIJC submitted a statement  for the record ahead of the House hearing on Remain in Mexico, detailing some of the most egregious abuses NIJC attorneys have witnessed while providing legal representation to asylum seekers at the program’s tent court facilities in Laredo, Texas. For example, NIJC met an asylum seeker who travelled with a family member by bus from another part of Mexico to Nuevo Laredo for their hearings under the Remain in Mexico policy. As one family member disembarked, he was forced into a vehicle by waiting cartels and kidnapped. The other family member managed to escape and, despite this terrifying experience, waited at the international bridge that leads to the tent facilities where her hearing was scheduled to take place the next day. At the hearing, she described the attack and kidnapping to the judge to explain why her family member was unable to attend his hearing. Despite her eyewitness testimony about the kidnapping, the U.S. government attorney argued strenuously that the missing family member be ordered deported for failing to appear.

NIJC has represented asylum seekers and observed Remain in Mexico hearings since the launch of the Laredo, Texas, “court” in September 2019. As one of several national organizations providing direct representation to individuals subjected to the Remain in Mexico policy, NIJC attorneys are monitoring the atrocities and the sham immigration court proceedings asylum seekers have been forced to undergo.

NIJC also is a member of the #SaveAsylum coalition of rights groups demanding an end to the Remain in Mexico policy, and calling on Congress to defund the program. This week, 119 human rights organizations and 122 academics and scholars sent a letter to Congress urging the U.S. government to end the Remain in Mexico program.

NIJC’s hearing testimony closes with the following reminder and plea to Congress:

Asylum is a critical safeguard against tyranny and persecution that the United States has extended to those in need throughout American history. Offering asylum protection is also something we owe to ourselves as Americans; to remain tethered to the foundations of our country as a place of religious and political freedom and a place where those who have been persecuted because they possess a characteristic they cannot change can be safe. The concerted efforts by our government to close off access to asylum were conceived in cruelty and implemented for superficial political gain. We must do better.

Joann Bautista is a policy associate and Jesse Franzblau is a senior policy analyst at the National Immigrant Justice Center.