Asylum seekers have the right to a fair and reliable asylum process. New Biden rules would rush them to their deportation.

In 2021, the Biden administration’s Department of Homeland Security (DHS) and Executive Office of Immigration Review (EOIR) jointly proposed a new regulation that prioritized speed over fairness for processing asylum seekers’ claims. The National Immigrant Justice Center (NIJC) filed a comment alerting the administration that its proposal would steward people toward removal, rather than a fair day in court. In response, the Biden administration issued an interim final rule that addressed some concerns but layered a whole new array of deadlines and procedural hurdles that endanger basic due process rights.

As illustrated in the flowchart below, this process would be dizzying for most if not all people seeking protection in a language and system they do not understand. The proposed rule’s failings are all the more concerning given that other parts of the proposal would bring welcome changes to the asylum system, including allowing asylum officers to grant asylum to arriving refugees without requiring them to appear in an adversarial court hearing. 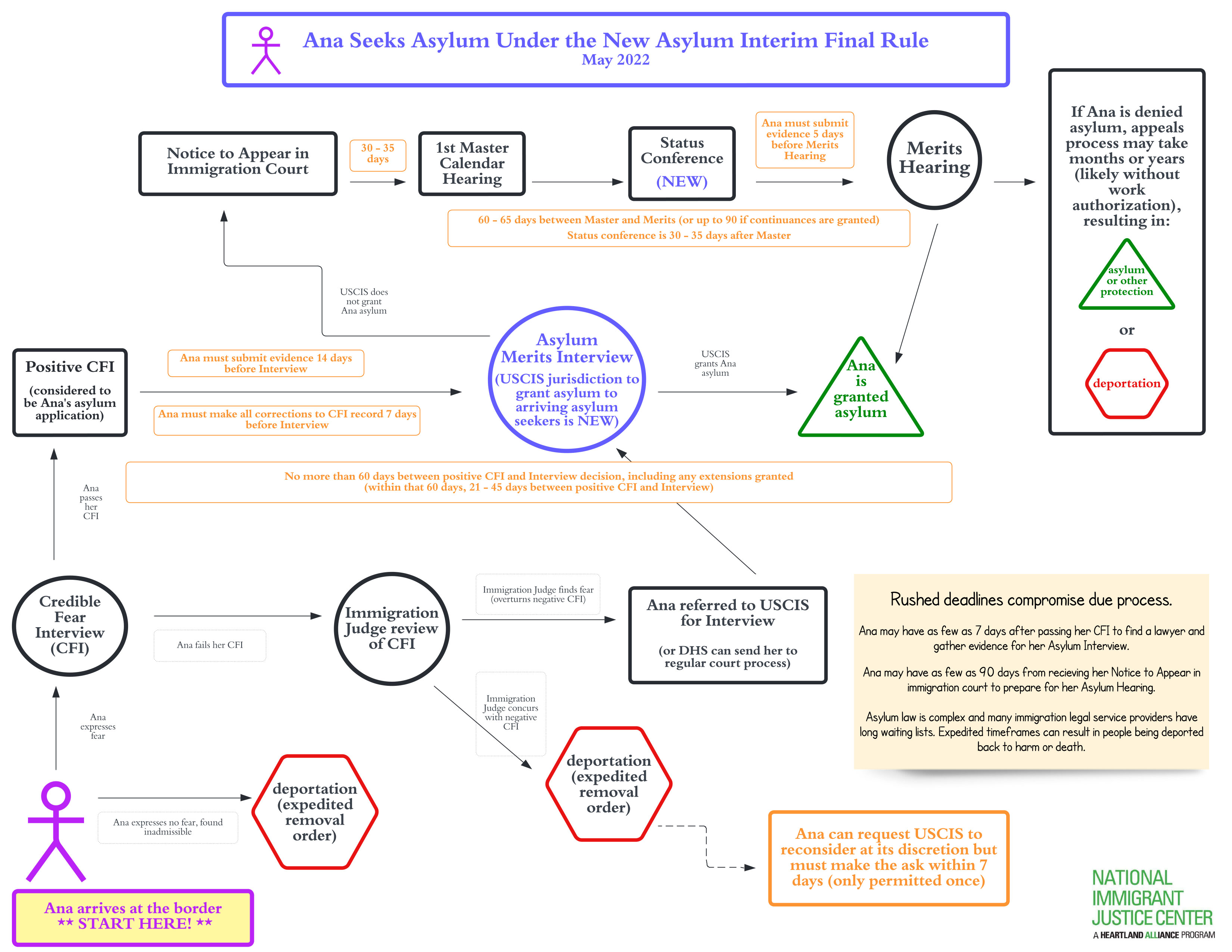 The context of this rule matters. The United States is still reeling from other anti-asylum and closed borders policies that violate decades of U.S. and international law. Every day, the dual policies of Remain in Mexico and Title 42 expulsions (programs designed by white supremacist Stephen Miller under the Trump administration) continue to return thousands of asylum seekers back to harm. Despite calling for those programs to end, the Biden administration has expanded their use and championed cruelty and deterrence toward people seeking refuge. Sadly, this newest rule provides no relief. Sacrificing due process is never a solution to implementing a fair asylum system.

Speak out to defend due process for asylum seekers by submitting a comment to the U.S. government here by May 31.