Thiago* is 17 years old, he loves soccer and astronomy, and is waiting for his college admission letters. He is a typical American teenager, but his journey to get here was not.

Thiago fled to the United States alone at the age of 14 to escape gang violence in Honduras. He is most comfortable talking about his experience in Spanish, so this interview has been translated.

“I have some cousins who were killed because they were in the gangs. And, this impacted me because I thought, I don’t know when my moment will arrive. What is going to happen to me, what will happen to my life in a week or two? I was very unsure what could happen in my life.”

Thiago says his cousins didn’t want to join the gang. Like many other children in Honduras, they were forced.

“When I went to school, I would walk by guys in the gangs and they would tell us, ‘join the gang or else.’ I think that many times kids feel they have no other option.”

After witnessing his cousin’s death, Thiago needed to escape.

“When I was there I couldn’t find a solution because the police didn’t do anything.

“If it’s dangerous at home, and the journey is also going to be dangerous, at least maybe if I make it to the United States, I can have a solution to the problem. I thought to myself, ‘it’s dangerous and maybe I will lose my life, but at least I can say I tried.’ And I tried to find a way to live a better life, to look for opportunities in a different country.”

Escaping the violence of Honduras and reuniting with his family were Thiago’s inspiration to calm his fears as he traveled north.

“I had to walk and I also traveled by bus. I would stay in old abandoned houses and every day I was afraid. I barely spoke to anybody I met on the journey because I wasn’t sure if anybody would hurt me.

“When I was on the bus, I would look out the window and imagine how better my life would be when I grow up. I thought when I get to the United States, maybe I will have a career that could help my family more. I also thought a lot about soccer.”

At the U.S. border, his journey became more dangerous.

“I crossed the river and once I arrived at the other side, I realized I had to walk. I was walking for hours and sat down because I was thirsty. Once I sat down a group of border patrol officers showed up.

“Because I didn’t have water or anything left, I needed help from somebody. I didn’t know what was going to happen to me.”

Thiago was taken to a Customs and Border Patrol (CBP) holding center.

“When I was there, I didn’t get help from anyone. Sometimes they would give us food, but they would not let us communicate with anybody.

“Border Patrol asked me why I was in the United States, and I told them it was because of the situation I was living in my country. I told them, there are gangs, a lot of kidnappings, robbing, and many shootings. They were taking notes.”

The officers told Thiago he could fight his case in court. Without a lawyer, however, his chances of winning his case were slim.

After spending three days at the holding center, CBP transferred Thiago to the custody of the Office of Refugee Resettlement, and he was sent to a center for unaccompanied children in Chicago. At the center, case workers helped him find his relatives, and he met lawyers from the National Immigrant Justice Center who were able to provide him pro bono legal representation.

Thiago knew that it would be nearly impossible to tell his story and make his case in the U.S. legal system without a lawyer.

"Working with a lawyer gave me hope to find a way of staying here legally.”

Watch Thiago's interview with Newsy and learn more about the U.S. immigration system for unaccompanied children 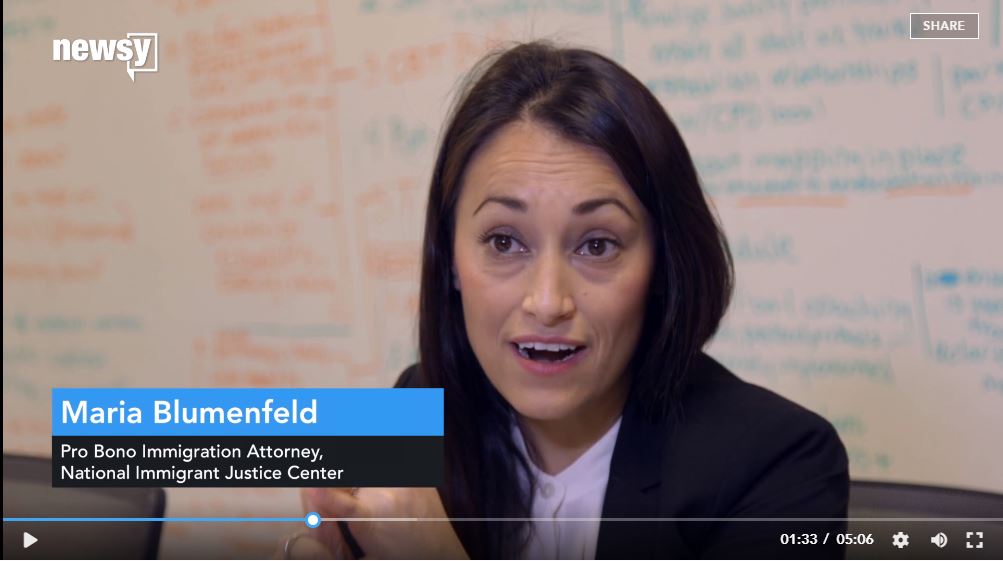 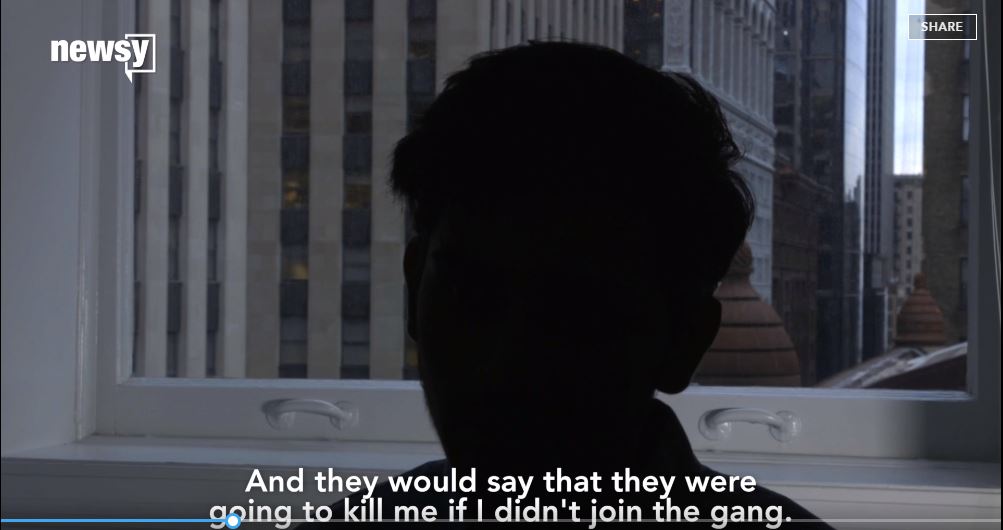 It took Thiago nearly four years to fight his case in court. In the meantime, he reunited with his family and began life as an American high school student. In order to keep his mind off his fears of losing his immigration case, Thiago says he spent hours watching documentaries on astronomy and playing soccer. The summer before his senior year of high school, Thiago received his green card.

When he first moved to the United States, Thiago barely spoke English. But by his senior year, he was in Advanced Placement English and History. Now he plays soccer with more teams and has dreams of becoming an astronomer or engineer.

“Life for me now has more hope. I know I can do the things that maybe I couldn’t do before. I can get a better education. I see universities are accepting my applications, and it is what motivates me.”

Thiago overcame violence, crossed the river, was reunited with his family and is succeeding in school. In Honduras he was threatened every day to join a gang, but instead he took the risk to escape the violence and search for a better life.

“Some people need to be in the shoes of another person to really see the situation they are in. Like me, for example. Some people think I am here only because I am an immigrant, and that I don’t have the right to be here. But if they ever saw Honduras or any other country with a lot of violence and corruption, they would understand the problem that young people over there suffer.

“Walk in the shoes of someone else to better understand what the other person feels.”