Maria Elena's Dream: Security for her loved ones and a chance to vote

Her parents brought her to the United States in 1990 when she was five years old. In 2015, she became one of nearly 800,000 people in the Unites States to be granted work authorization and temporary protection from deportation under the Deferred Action for Childhood Arrivals (DACA) program.

In the two years she had DACA, Maria Elena obtained a driver’s license and started her career in early childhood education. She also married her U.S. citizen partner, with whom she’d had a daughter.  Her husband petitioned for her to become a lawful permanent resident, and she received her green card eight days before the Trump administration rescinded DACA. She is grateful she now has a permanent status, but she worries about loved ones whose DACA will soon expire, and who have no choice but to return to living with uncertainty and fear about what their future holds. She has shared her story in the hope that it might help convince Congress to pass legislation, like a clean DREAM Act, that creates a viable roadmap to citizenship for her relatives and all undocumented immigrants.

“We need as a family to secure you”

Although Maria Elena knew she qualified for DACA, she had not yet applied for the program when, in 2014, police mistook her partner for a different person and arrested him. This arrest, which the family learned was motivated by racial profiling, was the catalyst that made her realize how important it was to acquire some form of immigration documentation. “We didn’t know how his situation was going to end.” her partner told her: “We need as a family to secure you, because what if something happens to me? What happens to you and what happens to our daughter?”

During Maria Elena’s NIJC appointment, she mentioned that she and her partner planned to get married. That’s how she learned that she could potentially become eligible for a green card in the future. It took a year for the government to approve Maria Elena’s DACA. Although she was vulnerable for deportation, Maria Elena remained an active member of her community. She continued to volunteer at her daughter’s school, and sought to help those around her.

Purpose and peace of mind

Once Maria Elena received DACA, her life changed for the better. Maria Elena had wanted to visit her family and see her grandparents’ grave. “I had a sick grandfather, and my maternal grandparents were deceased, one after the other, so I was not able to see them ever since I came, probably 25 or more years. We had spoken over the phone, but that is it.”

DACA also brought relief to Maria Elena’s family, and especially her daughter, who was constantly afraid her mother would be deported and would often ask what was going to happen to her mother.

“Our daughter knew about the situation, we explained to her exactly what was going on,” said Maria Elena, “I think [DACA] gave her peace of mind, to not worry about it, and you shouldn’t have to worry because you’re a kid. Your number one worry should be about school. You don’t have to worry about whether they’re going to be coming for your mom or not.”

DACA gave Maria Elena the opportunity to realize her own potential. She accepted a job as a classroom assistant at her daughter’s school, where she had volunteered for years.

“Working with students has helped me to learn a lot of things,” said Maria Elena, “It has helped me to help those kids who need an extra push, who unfortunately have their own situations at home, and they struggle. But they learn the material in a different way. We’re just there to provide that extra help.

“Now that I’m working I feel like I’m doing something not only for my family, but for myself. Beyond being a mom, I am also a hard worker. I am not just a mom, I am more than that.”

Listen to Maria Elena talk about what it means to her to be able to start a career: 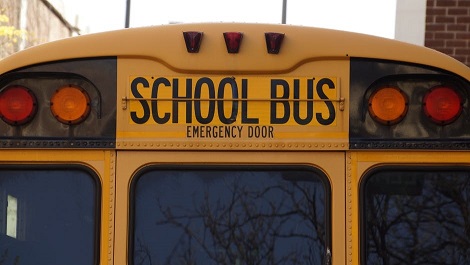 The need for “something permanent”

Although Maria Elena has her green card, she still worries about the future.

“I have close family members who are Dreamers too, and unfortunately they don’t have a path to citizenship. I was able to get my green card, but they are stuck being Dreamers and they want more than that. They want to continue to have more opportunities like everybody else.”

For these individuals, a “clean” DREAM Act is currently their only hope. With a clean DREAM Act, undocumented immigrants like Maria Elena’s family members would have the opportunity to continue their careers and live without fear of breaking their families apart.

“A clean DREAM Act would provide them with something permanent,” said Maria Elena, “as Dreamers we should all be able to have that.”

Maria Elena is thinking of going back to school to become a teacher’s assistant. In three years, she will be eligible to apply for citizenship, something she considers a privilege. Maria Elena has a special goal she wants to achieve once she is a citizen.

“Whenever people ask me, ‘can you vote,’ I always say no,” said Maria Elena, “If I am able to become a U.S. citizen in three years that will be the thing for me, to be able to vote, and make a difference.”

Isabel Sophia Dieppa is a communications coordinator at the National Immigrant Justice Center.