While the S.744 immigration bill passed by the U.S. Senate includes several positive provisions such as a roadmap to citizenship for millions of people living in the United States without papers and some key steps to reform the immigration detention system, it also includes a 450 percent increase in federal spending to “secure” the border. An unprecedented grand total of $46.3 billion would go toward military equipment and personnel if the bill becomes law.

S.744 would require the U.S. Border Patrol to purchase from private contractors six Northrop Grumman airborne radar systems at $9.3 million each, 15 Sikorsky Black Hawk helicopters that average more than $17 million apiece, and eight light enforcement helicopters made by American Eurocopter that sell for about $3 million each, in addition to other items. It also would expand the federal deportation infrastructure in ways that will have long-term impact beyond border regions. Additional proposed legislation pending in the U.S. House of Representatives also focuses on militarizing the border and expands immigration detention throughout the country. Even at its current level, federal government spending on immigration enforcement dwarfs spending on all other federal law enforcement agencies combined, including the Federal Bureau of Investigation, Drug Enforcement Administration, Secret Service, U.S. Marshals Service, and the Bureau of Alcohol, Tobacco, Firearms, and Explosives.

Here are five ways S.744’s border militarization and criminalization policies would affect those of us who dwell in the interior:

Customs and Border Patrol (CBP) jurisdiction extends 100 miles inward from all of our nation’s borders, which means that more than half of Midwestern states have Border Patrol presence. Residents in border regions of North Dakota, Minnesota, Michigan, and Ohio cope on a daily basis with the heavy presence of border agents. In Huron, Michigan, six men recently were put in deportation proceedings as a result of a 911 call for an ambulance during a disagreement with a construction supervisor. According to CBP spokesperson Kris Krogan, agents came “for translation purposes” in response to the emergency call and took all of the men involved into custody. This instance, among many others, has created fear within immigrant communities. Involving Border Patrol agents in local law enforcement matters and emergency services creates distrust between law enforcement and the communities they serve. When immigrant communities learn that calling the police may result in Border Patrol showing up, they will simply stop calling the police. This makes it more difficult for the police to do their job to investigate and prevent crime, making all of our communities less safe.

2. Enforcement spending has no borders.

The impact of the Senate’s unprecedented action to turn a large portion of the United States into a well-funded war zone will inevitably go beyond the communities on the front lines. S.744 contains numerous incentives for local law enforcement agencies to prosecute crimes against non-citizens. Illinois’ Lake County Sheriff Mark Curran, a previous proponent of increasing local jurisdiction in immigration enforcement, spoke out in opposition to such policies last month: “The future of law enforcement is community policing. ... It doesn't work in communities that have large immigrant populations where there is great fear of law enforcement.”

The Senate bill also imposes the harshest criminal penalties ever for simply entering the United States illegally, including up to a year in prison for a person’s first illegal entry and up to three years for reentering once after being deported or accepting voluntary departure. Some people who enter unlawfully and are convicted of as little as three misdemeanors could face enhanced prison sentences of up to 10 years. 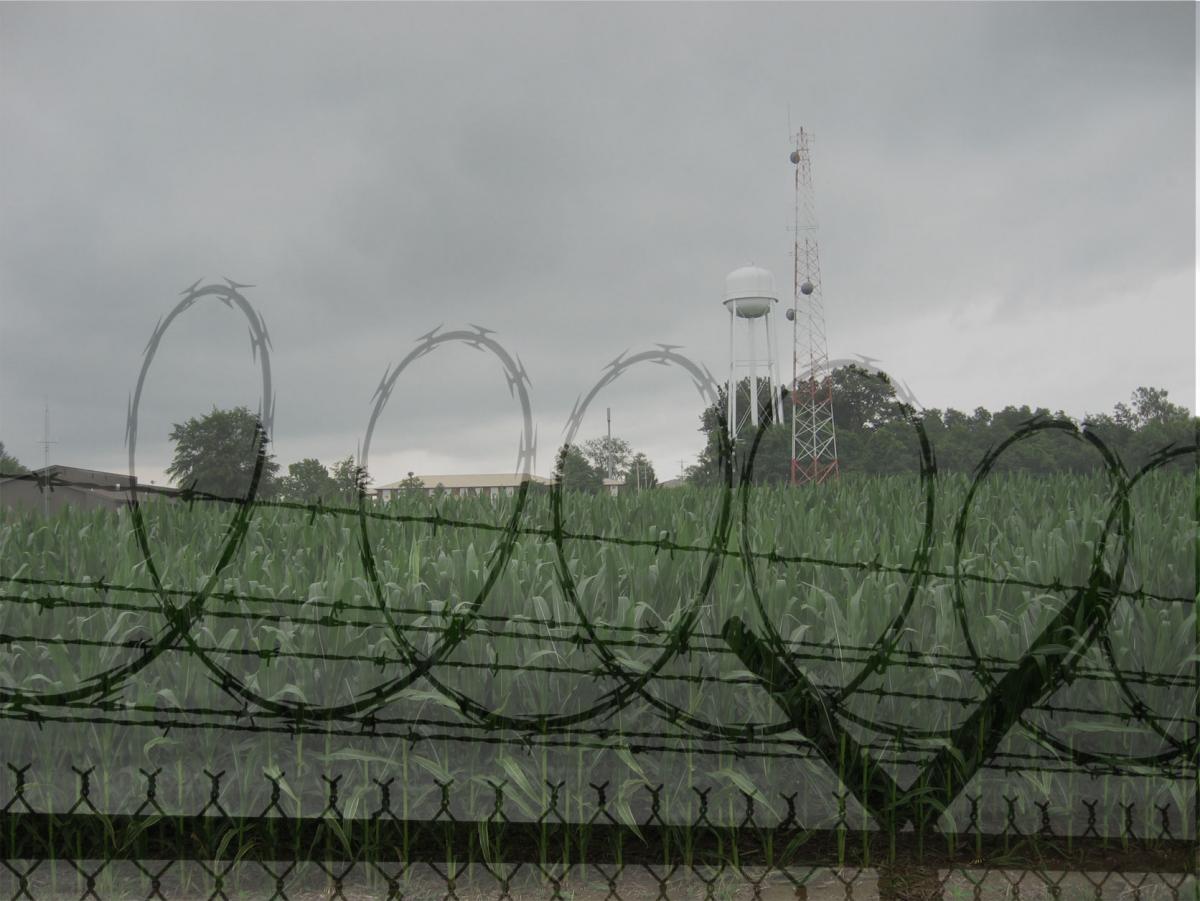 While such policies do nothing to improve public safety, they do help fill the coffers of private prison contractors and county jails. In 2012, the Department of Homeland Security (DHS) paid private prison companies and county jails an average of $164 per person to detain 32,800 people each day—a total of $5.4 million a day. The House recently passed an appropriations bill that would mandate DHS to fill 34,000 beds every night. The money the U.S. government is willing to throw at this fabricated demand for detention space is why companies like Corrections Corporation of America, which has a long track record of deaths and abuses, has been vying for more than two years to build a large immigration detention facility in Illinois, and why Jefferson County, Illinois, is fighting to keep its contract to hold immigration detainees after inadequate medical staffing and otherwise inhumane conditions forced DHS to evacuate the jail last year.

As Congress pours billions of dollars into a war on immigrants, millions of Americans suffer the effects of federal sequestration cuts to social programs. In the National Immigrant Justice Center’s home state of Illinois, 1.9 million people—including more than 650,000 children—live in poverty. Federal budget cuts have forced Head Start programs, which provide early childhood education for low-income children, to reduce staff and class sizes, and two million Illinoisans could feel the impact of cuts to the Supplemental Nutrition Assistance Program. In June, sequestration began chipping away at the insurance checks of 80,000 unemployed Illinois residents. It makes no sense to put billions of dollars into unnecessary military equipment at the border when funding cuts elsewhere are disintegrating the social safety net for millions of vulnerable Americans.

4. Undocumented immigrants are our neighbors and families.

Fourteen percent of Illinois residents are foreign-born. About 16.6 million people nationally live in mixed-status families with at least one undocumented immigrant. An estimated 4.5 million children who are U.S. citizens by birth live in families where one or more of their parents are undocumented. Countless other children have grandparents, cousins, friends, and neighbors who do not have lawful status and are at risk for arrest in the face of an increasingly well-armed military front to identify and deport them. 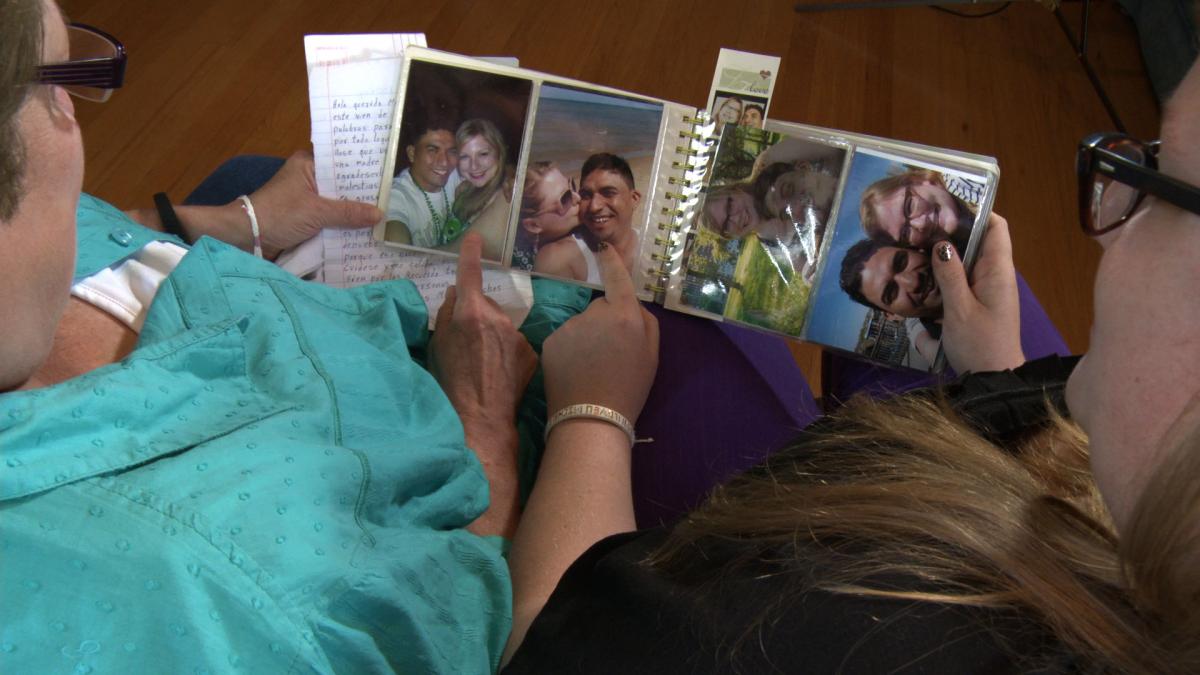 Chicagoan Michele Mancuso's Honduran boyfriend, Michael, was arrested in Texas for crossing the border after returning from a trip to see his family. Here is how she describes her experience when faced with the realities of immigration enforcement: "I never thought I would have to deal with anything like what I saw Michael go through in immigration detention. … What happened to Michael made me realize that our government is seriously mistreating thousands of people who come to this country to make a better life."

5. Border militarization betrays American values and distracts from the real problems with our immigration laws.

As Michele says, “What Michael went through is not how the American justice system is supposed to treat people.” We need fair and humane immigration reform that addresses the root of why the current system is broken. We commonly hear the argument that people need to come the “right way” and get in the back of the line. The problem is that, for most, there is no line. Even when there is a way for someone to legally migrate here, U.S. immigration policy often demands that they wait for years—often decades—to reunite with their families and to jump through impossible hoops for work authorization. Meanwhile, along America’s borders and coasts and everywhere in between, companies like Microsoft open offices in Canada to take advantage of more efficient immigration laws, fruit rots in our fields, and children grow up separated from their parents. This, not some imagined threat at our borders, is where Congress must focus its attention.