Report: Not Too Late for Reform

(December 2011) — In 2009, the Obama administration pledged to reform the immigration detention system. However, the administration has failed to uphold its commitment and the human rights crisis confronting immigrant men, women, and children in government custody continues. 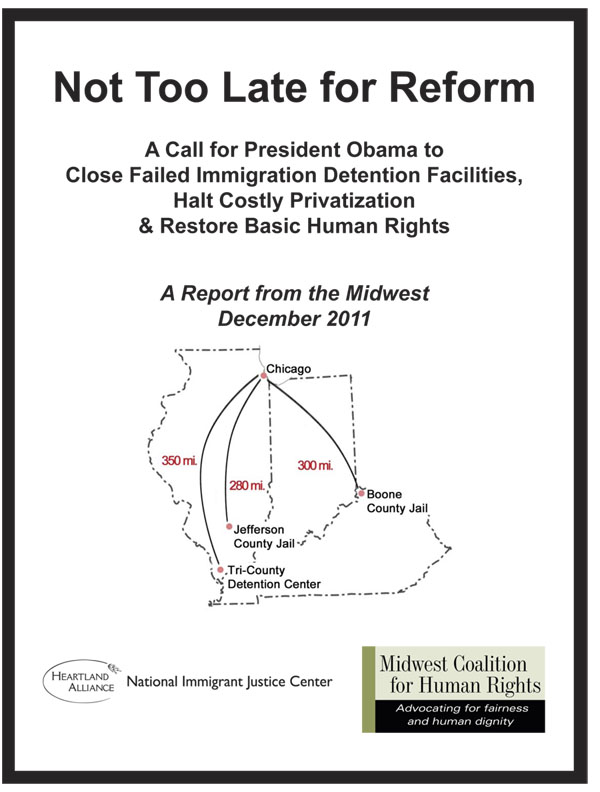 Not Too Late for Reform, authored by Heartland Alliance’s National Immigrant Justice Center (NIJC) and the Midwest Coalition for Human Rights (MCHR), details ongoing abuses at county jails holding immigrants in the Midwest and calls on the Obama administration to end the expansion and privatization of the abusive immigration detention system. The report focuses on three county jails — Jefferson County Jail and Tri-County Detention Center in Illinois and Boone County Jail in Kentucky — where the deplorable conditions of confinement are typical of immigration detention facilities across the United States.