When the Trump administration implemented its disastrous “zero-tolerance” family-separation policy in spring 2018, Americans took to the streets to protest. But when it comes to the impact of U.S. immigration policy on families, these systemic acts of child abuse by immigration agents—tearing children from their parents’ arms—are not outliers, but the norm. Families endured brutal separations at the border long before zero-tolerance, at and between ports of entry. For years, Immigration and Customs Enforcement (ICE) has permanently and sometimes violently separated families during raids and arrests in American communities. And the Trump administration’s orders barring immigrants from mostly Muslim-majority nations have left families stranded across continents.

Family separation is a central component of U.S. immigration policy—at the border, in our communities, and in the discriminatory policies that determine who can and cannot immigrate.

This policy brief tells the stories of four families*, all clients of the National Immigrant Justice Center (NIJC), whose family unity was disrupted by U.S. immigration policies. Download the full policy brief as a PDF. 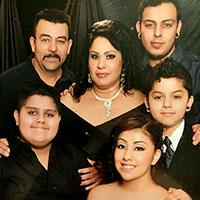 Fernando: Separated and criminalized in his community

Fernando and his wife moved from Mexico 20 years ago. After surviving a violent home invasion and a series of family tragedies, Fernando suffered from depression and became addicted to drugs. He was convicted of drug possession and completed a criminal sentence, only to be turned over to ICE and put in deportation proceedings. Fernando has been jailed by ICE for twice as  long as he spent in criminal custody—all while separated from his family, including his son who has autism. 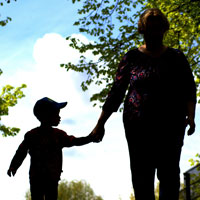 Diana: Separated at the border and criminalized

Diana and her 11-year-old son could not find refuge in El Salvador from her abusive partner or gang members who murdered their relatives. When they crossed the U.S. border to seek protection, border patrol officers took Diana’s son and forced her to watch him crying from behind a one-way window. Officers explained she would be charged with illegal entry, and refused to let her say goodbye. 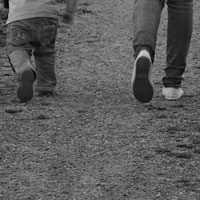 Anthony: Separated as an asylum seeker at a port of entry

Anthony and his wife knew they had no choice but to flee the Democratic Republic of Congo with their children after they were targeted by the country’s ruling party. They traveled through Central America and became separated on the journey. When Anthony and his three-year-old daughter arrived at a U.S. port of entry in April, he requested asylum. DHS officers took Anthony’s daughter and sent him to a county jail near Chicago. They were separated for nearly three months. 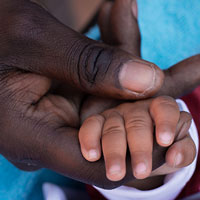 Burhaan, a U.S. citizen, began the process in 2015 of applying for his wife Fadumo and two daughters to join him from Somalia. The couple had great hopes for the life they would build together in the United States, where Burhaan works as a taxicab and Uber driver. But Fadumo’s immigration process ground to a halt following President Trump’s September 2017 order barring individuals from five Muslim-majority nations from entering the U.S. Today they remain continents apart, longing to be reunited.

Download the policy brief to read these families' full stories and learn how you can take action to keep families together at immigrantjustice.org/FamiliesBelongTogether

* Pseudonyms have been used throughout this document to protect individuals’ privacy and confidentiality.

Photo credit for “Anthony” story: Patrick Nygren. All other photos provided by NIJC clients or available under public domain.