In its fourth year, the Legal Protection Fund has helped thousands of Chicagoans withstand the Trump administration’s unprecedented attacks on immigrants, access necessary resources in the midst of a pandemic, and defend  their rights. The Fund’s partner organizations came together to reimagine the delivery of their services in the face of COVID-19 and deal with rapidly changing circumstances at the Chicago Immigration Court, all while working to ensure as many people as possible filed their applications prior to astronomical fee increases that were scheduled to go into effect on October 2. Immigration legal representation and Community Navigator services remain critical for helping people to continue to build their lives in Chicago and stay safe.

Despite the challenges presented by the global pandemic, in the first nine months of 2020, under the Fund the National Immigrant Justice Center (NIJC) conducted more than 750 legal screenings and provided representation in more than 1,660 cases, including opening more than 300 new cases. NIJC, The Resurrection Project (TRP) and 10 Community Navigator organizations presented more than 850 Know Your Rights sessions to more than 35,950 people.

In the nearly four years since the Fund began, NIJC has conducted over 6,300 legal screenings, in every ward in the city. 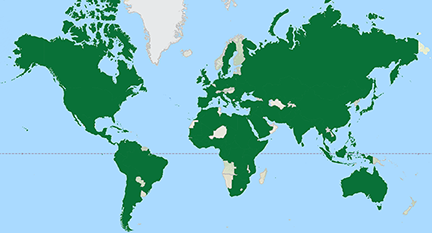 As the COVID-19 pandemic changed Chicago, immigrants on the frontlines of the pandemic were thrust into even more uncertainty. In Chicago, 24% of all essential frontline workers were born outside of the United States. The Fund’s partner organizations pivoted to providing Know Your Rights presentations and legal screenings online, adjusting their services to a radically different landscape where clients and attorneys couldn’t meet face-to-face and as the Chicago Immigration Court issued rapidly changing procedures. The Fund’s Community Navigators also provided critical support for the City of Chicago’s efforts to reach residents with public health information and legal information, especially mixed-status and undocumented families who live in hard-to-reach and disproportionately impacted Brown and Black communities.

Rogers Park: Barbara*, an essential hospital worker during the pandemic, originally came to Chicago from Ethiopia for college. She fell in love, and married a U.S. citizen. They applied for Barbara’s lawful permanent residence, but as soon as she received conditional approval, he became abusive and stopped cooperating in the process. With NIJC’s assistance, Barbara gathered proof both of the validity of their marriage, and of her husband’s abuse. With that evidence, NIJC represented Barbara in securing her permanent green card. She received lawful permanent residence the week before she was approved to begin a pharmacy residency at a Chicago hospital.

West Ridge: Bharat Sharma has been a Community Navigator through the Indo-American Center since April. Since then, Bharat has reached more than 900 people, using the five different languages he speaks to conduct COVID-19 wellness checks, during which he connects families with immigration legal resources and assistance to secure groceries, Medicaid, and unemployment.

Fund partners and many Chicagoans spent the first half of 2020 anticipating a U.S. Supreme Court decision that would decide the fate of the Deferred Action for Childhood Arrivals (DACA) program, which provides protection from deportation and work authorization to those who were brought to the U.S. as children. Unsure whether the Court would side with the Trump administration’s attempt to end the program, attorneys worked to renew DACA protection for dozens of people in the six months prior to the decision. After the Court ruled the program could continue, the Fund’s partners celebrated with DACA recipients and conducted online workshops and clinics to respond to a surge in requests for assistance with additional renewal requests. Fund partners also developed and distributed informational materials for communities as details came out over the next month regarding how the decision would be implemented.

Lower West Side: DACA recipient Liz is a successful small business owner. She started Tails Up Chicago, a dog-walking service, four years ago. Since then, she’s partnered with local businesses, and was recently accepted to a Goldman Sachs Small Business program. As a small business owner, Liz handles all kinds of complex transactions. However, when it comes to continuing her DACA status, NIJC is the place she trusts with her case: “I can’t even remember the first time I came to NIJC, but I think it was back in 2012 when I filed my initial application! Even though I do a lot of paperwork for Tails Up, I still trust NIJC to make sure everything gets turned in properly.”

Protecting Chicagoans from ICE Raids in our Communities

Chicago residents have seen a heavy Immigration and Customs Enforcement (ICE) presence in their communities throughout Trump’s presidency. In February, the president threatened to escalate this enforcement even further by bringing to Chicago the militarized Customs and Border Protection units normally deployed against immigrants at the southern U.S. border. The announcement stoked fear in immigrant communities, hurting local businesses just before the pandemic would have an even more chilling effect on the local economy. The Fund’s organizations responded to this threat and distributed Know Your Rights information to aldermen and canvassed neighborhoods to ensure families were prepared for any enforcement actions.

A Chicago father of two children with serious medical conditions was detained by ICE officers in September 2020 in front of his Little Village home as he left for work. Even after he told the officers he was not the person they said they were looking for, he was taken into ICE custody and scheduled to be deported within days. The children’s healthcare provider contacted NIJC on the family’s behalf. Within hours, attorneys filed a request for a stay of deportation and sought intervention by members of Congress. Together, the Chicago community stopped the father’s deportation and kept the family together. The Fund will continue to offer support as the family seeks legal relief.

In late 2019, Pablo*, a resident of Chicago since 2001, was arrested in one of the most publicized workplace raids in Chicago, at a pizzeria on the East Side. He was incarcerated at an immigrant detention center for two months. NIJC attorneys helped him secure a bond and reunite with his family. NIJC continues to defend Pablo in his immigration case.

Asylum is an internationally recognized form of protection for people fleeing violence. The Trump administration has tried to eliminate these protections. Yet Chicago continues to welcome people from all corners of the world seeking safety. In late 2019, in response to these attacks, NIJC expanded the Fund’s capacity and created a dedicated team to provide consultation and representation for asylum seekers in the city. In the first nine months of 2020, NIJC has provided representation in more than 80 cases, allowing more people to call Chicago their home.

North Center: Fernanda* and her four children fled to the United States after receiving threats from organized crime. Fernanda came to Chicago because she heard the city welcomes immigrants. She was initially directed to a Community Navigator organization, which then connected her to NIJC. NIJC staff worked quickly to file the family’s asylum applications to ensure they met the one-year filing deadline and could remain eligible for protection.